Criminal Offenses Related to Firearms in Texas: Laws and Penalties

With around 3,500 deaths caused by firearms – including 32 underage children in 2019 alone – gun-related crimes in Texas pose one of the biggest statewide public health and safety threats.

In order to understand this threat and its consequences, this blog post clarifies what is considered a firearm, as well as what are the laws, penalties and statutory defenses against unlawful possession, manufacturing, trafficking, alteration, purchase and use of firearms.

Texas Penal Code Section 46.01(3) defines firearms as devices that are designed, made or adapted to discharge ‘a projectile through a barrel by using the energy generated by an explosion or burning substance or any device readily convertible to that use’.

Unlawful possession of a firearm is considered to be a gun crime and applies to people who are perceived as a threat to the community. It is a serious charge and encompasses people who are perpetrators of domestic violence, those who are under a family violence protective order and convicted felons.

However, Texas firearm laws allow convicted felons as well as people who have committed domestic violence to own weapons in their homes 5 years after they have been released from probation, parole or detention.

Possession of a Stolen Firearm

Penalty for Unlawful Possession of Firearms

Possession of firearms is considered to be a third-degree felony, while violations of the family violence and protective order firearm possession are a Class A Misdemeanor.

People who are found guilty of unlawful possession, ownership or control of firearms, ammunition, explosives and weapons will serve a prison sentence that ranges between one and five years.

Alternatively, a fine can be prescribed as a principal penalty for this crime in place of one to five years of imprisonment.

Possession of a trafficable amount of firearms, ammunition, explosives and weapons is commonly charged with two to ten years of imprisonment.

Manufacturing or Trafficking in Firearms 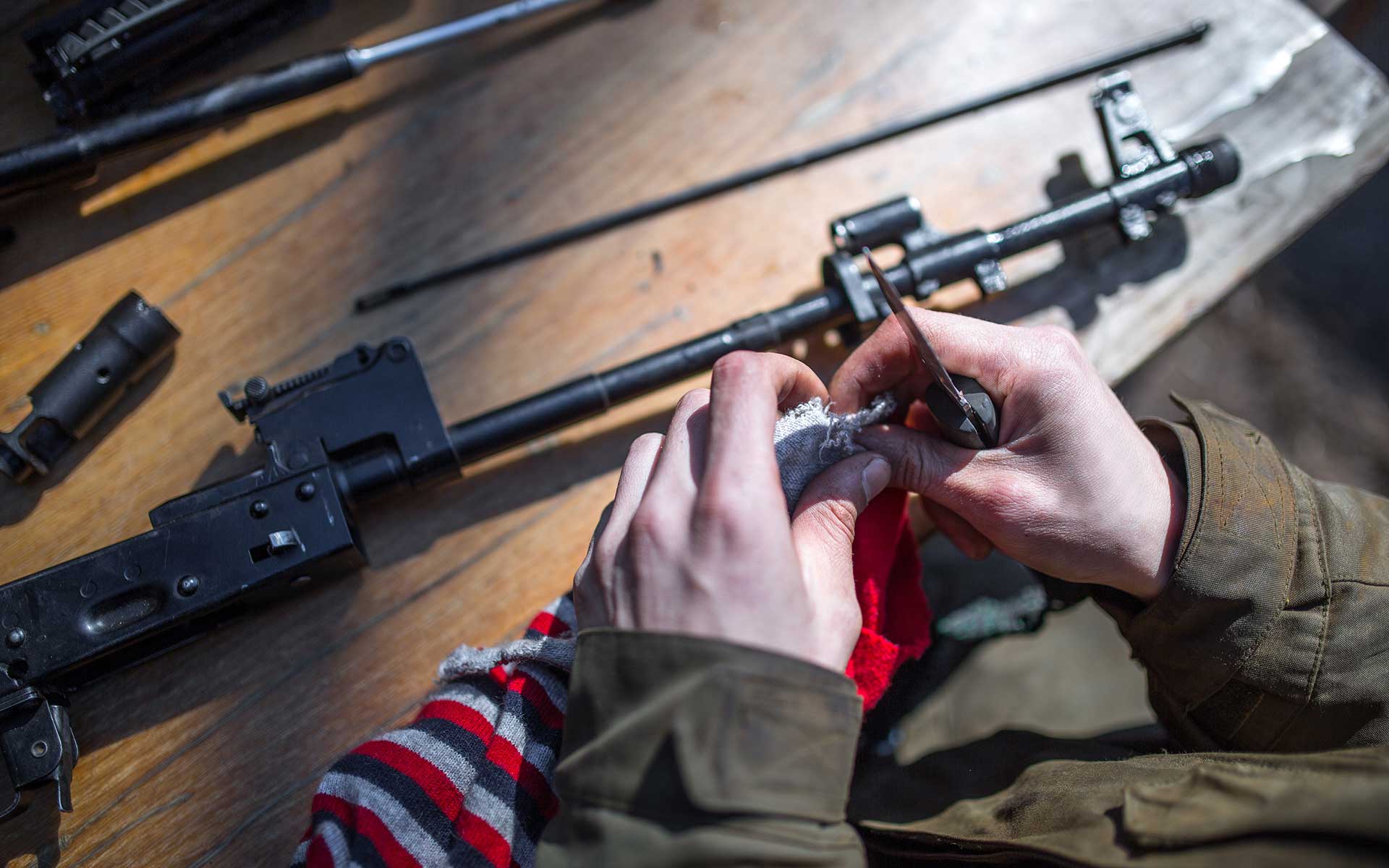 According to Section 13, Article 164, a person is guilty of illicit manufacturing or trafficking in firearms or ammunition when he or she unlawfully manufactures or traffics firearms, their components, parts or ammunition.

Penalty for Manufacturing or Trafficking in Firearms

Penalties for unlawful manufacturing or trafficking in firearms range between 3 and 15 years of incarceration.

Obliteration, Removal or Altering of Markings on Firearms

Under Texas state law, a person commits a crime of illicit obliteration when he or she illegally obliterates, removes or alters markings on firearms.

Penalty for Obliteration, Removal or Altering of Markings on Firearms

While the sentence for removal or altering of markings on firearms in Texas is significantly shorter than the one for manufacturing, those found guilty of it will still end up doing time. The applicable penalty for this crime ranges between one and five years in prison.

Penalty for Unlawful Purchase of Firearms

Penalties for unlawful purchase of firearms fall into three categories.

The penalty for unlawful purchase of firearms, ammunition, explosives and weapons ranges from one to five years of incarceration.

Similarly to punishment for unlawful possession of firearms, a fine can be designated as a principal penalty for this crime instead of one to five years of incarceration.

If a trafficable amount of firearms, ammunition, explosives and weapons is illegally purchased, the range will expand from two to ten years in prison.

Unlawful Use of Firearms 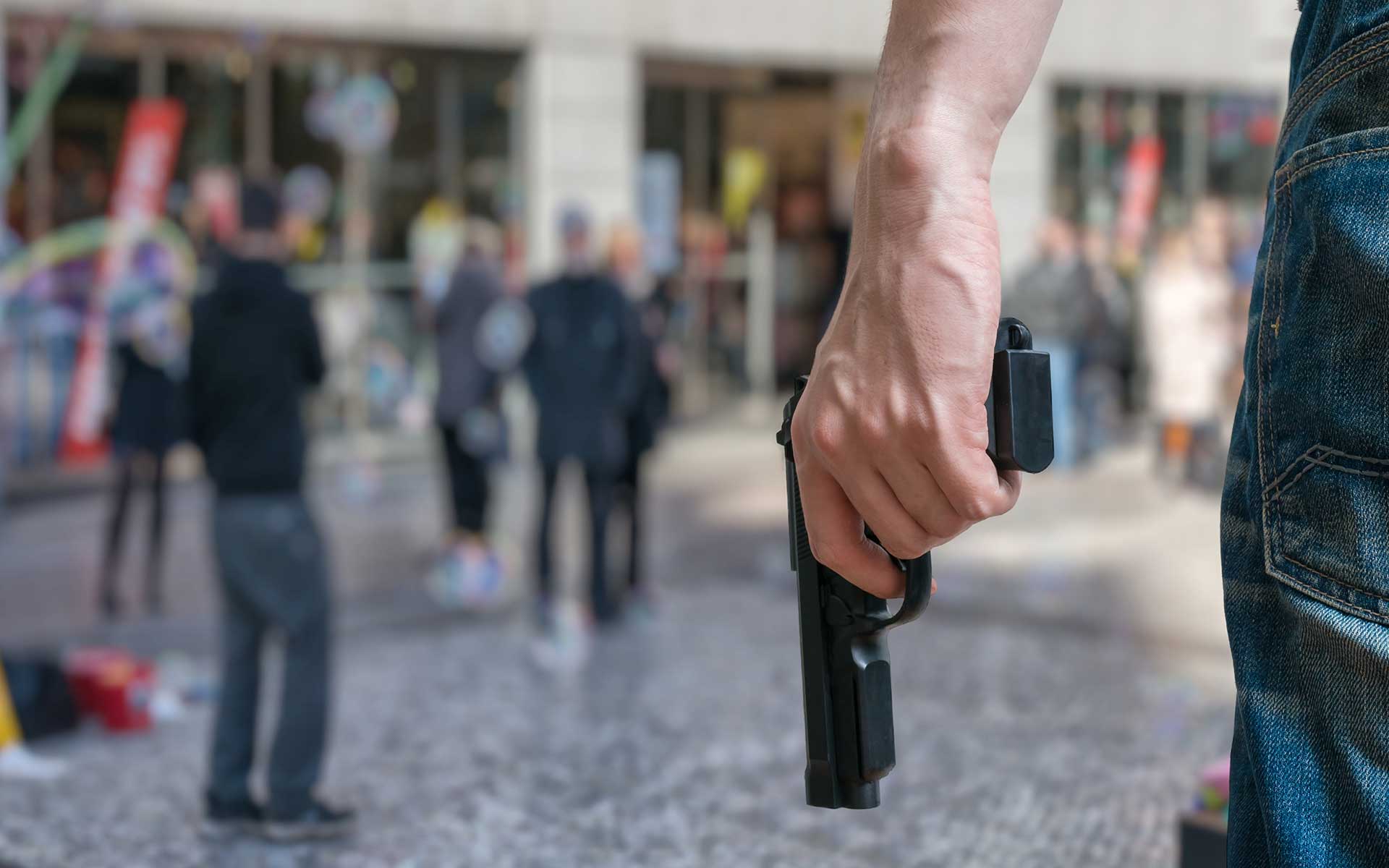 A person will be charged with unlawful use of a firearm if he or she displays or uses a firearm in a threatening, intimidating or any similar unauthorized way, or if he or she instructs another person to do so.

According to Texas Penal Code Chapter 46, other circumstances in which it is illegal to brandish or discharge a gun include situations in which a person knowingly or intentionally displays a deadly weapon such as a firearm in a public place in a way that aims to alarm. Sport shooting ranges and public roads are exceptions.

Penalty for Unlawful Use of Firearms

Unlawful use of a firearm is a serious crime that is penalized with between one and five years of imprisonment. In some cases, the court can rule a financial fine as a principal penalty instead.

For example, if the weapon was used as part of official duties or while commuting to or from work by members of the National Guard, Armed Forces, court or a security officer, they will be protected by this statutory defense.

Additionally, a person is allowed to carry a firearm if they have a License to Carry (LTC). In the case of self-defense, the defense of others, home or property, a criminal defense attorney can find specific statutory defenses.

Reach Out for Free Consultations

When you are charged for a crime related to firearms, you will have only one chance to hire the right criminal defense attorney to help you in your time of need. GHC Law Firm has years of experience in this area. Reach out today at (512) 614-4412, and we will review your case pro bono.